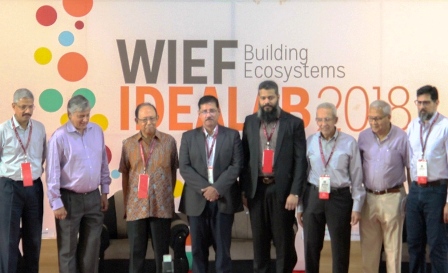 Goa, 17 October 2018: Goa Institute of Management (GIM) and Malaysia based WIEF Young Leaders Network (WYN) collaborated to bring IdeaLab 2018 to India which commenced today in the sunny coastal state of Goa. A start-up conference that cultivates entrepreneurs and assist in the development of a start-up ecosystem, IdeaLab 2018 saw a vibrant audience of entrepreneurs, business leaders, investors, academia and students come together to discuss and deliberate on matters related to the country’s start-up eco-system.

Shortlisted by the NITI Aayog, as one of the 13 institutes nationwide to host the prestigious, innovation-oriented Atal Incubation Centre (AIC), the Goa Institute of Management (GIM), one of the premier B-Schools in India, hosted the AIC’s first initiative with this conference.

IdeaLab 2018 is one of the several initiatives undertaken by GIM to celebrate its completion of 25 years of imparting knowledge to the country’s future corporate leaders.

Startups in India are hitting new highs in terms of their valuations. Global investors are ploughing funds into the sector. In the past, the start-up scene has been defined by consumer-driven ventures. Lately, there has been a shift in that ecosystem as India’s start-ups begin to focus on technology and product innovation. This trend is largely being driven by India’s expanding economy, rising disposable income, and the technology boom. India has seen a wave of entrepreneurs trying to tap the market with new ventures. India’s GDP grew at 7.7 per cent in the first three months of 2018, making it the world’s fastest growing major economy.

Said Tun Musa Hitam, Chairman of WIEF Foundation and and Former Deputy Prime Minister Of Malaysia in the opening address, “This is the first time WIEF’s IdeaLab has travelled out of its home city, Kuala Lumpur. We started IdeaLab in 2015 and aimed for it to become a startup empowerment platform. Goa fits the bill perfectly for IdeaLab 2018 as Goa’s government has proclaimed to make Goa not just a national startup hub, but the top 25 startup hub in Asia, by 2025. Our objective is to boost startup ecosystems and therefore our focus is on early stage startups”.

Dr. Ajit Parulekar, Director, GIM added, “A vibrant start-up ecosystem has three key components – the geographical location one is based in and the infrastructure it supports, business leaders who can play a mentorship role and academia.  We were shortlisted by the NITI Aayog, as one of the 13 institutes nationwide to host the prestigious, innovation-oriented Atal Incubation Centre (AIC) and we chose to have a sector agnostic approach so that we can nurture start-ups across verticals. However, technology has a key role to play when it comes to scaling up a business venture.”

Speaking at the inaugural ceremony, said Ameya Abhyankar, IT Secretary, Government of Goa, “The present start-up ecosystem has some very interesting innovations driven by young individuals. From a government point of view, the role of the government is to incubate and assist young entrepreneurs to thrive, create a talent pipeline and assist in funding to early-state start-ups. Today Goa has a Start-up Policy in place after much ideation and deliberations. We also need to encourage and support working individuals who choose to move to creating an entrepreneurial venture as the experience can certainly help”.

Nasser Munjee, Chairman, DCB Bank Ltd and Former Chairman, Board of Governors at GIM recalling his early years said, “The development banks of the 50s and 60s assisted in building the business entrepreneurs of the past. Eventually banks moved to being commercial banks. The budding entrepreneurs of today therefore don’t enjoy the kind of financial institutional support which was once available. In a sense a new generation development bank is possibly a requirement for entrepreneurs.

Speaking during the session The Indian Start-up Ecosystem: Birds Eye View, said Gourav Jaswal, Founder and Director, Prototyze, “Most of our best wrestlers come from Haryana. The North East regions produce some of the best martial arts athletes. As a society it’s important that we further develop and enhance our strengths and skills which we are good at. Historically Goa has been a hub for the arts with some of the finest artists, musical and literary greats hailing from the state. Therefore, a greater investment in developing these areas would have been a great approach to further strengthen the innate talent that exists in Goa. While we need to certainly encourage entrepreneurship, it’s not the only route. What’s more important is for an individual to seek what they love doing – be it a salaried job or a business venture. And for those that want to be entrepreneurs, our role is to not get into their way”.

According to data from Nasscom, the number of startups funded and funding deals actually went up marginally in 2016. VCs raised US$2 billion for investment in seed or early-stage startups. Student entrepreneurs formed 350 startups in 2016, a 25 percent rise from 2015.

With reference to industry body, Assocham’s numbers, India ranked third in the world – just after the US and the UK – when it comes to the number of tech startups.

IdeaLab 2018 is designed to prepare early stage startups to move into the entrepreneurial phase with VCs, entrepreneurs and experienced startups contributing to the platform. It has attracted more than 30 speakers from Malaysia, South Africa, Singapore, Scandinavia, USA, Denmark, India and many more. 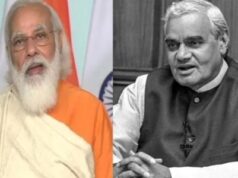 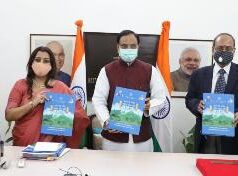 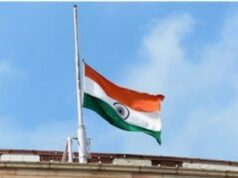